Obama and Bex cruising around town.

Posted on December 30, 2012 by saddlechariot

Devon Christmas weather has been soggy, as Obama’s coat shows. 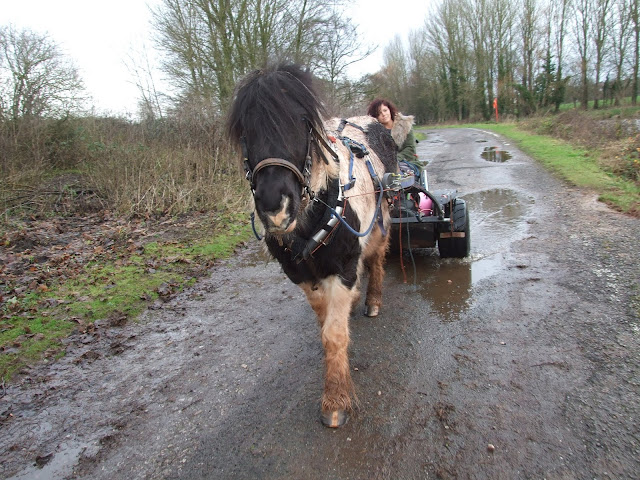 The lack of ears is because Obama is in attack mode. He thinks going for me with his ears flat back is funny, and I am quite happy to let him, because it saves Bex from fighting his tendency to graze. 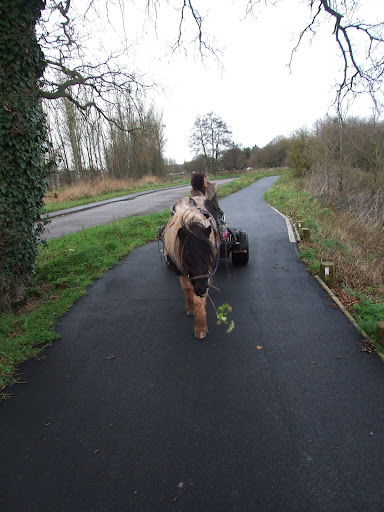 He does insist on his right to inflight refuelling. But we were heading for the Double Locks Pub, so it is only fair. 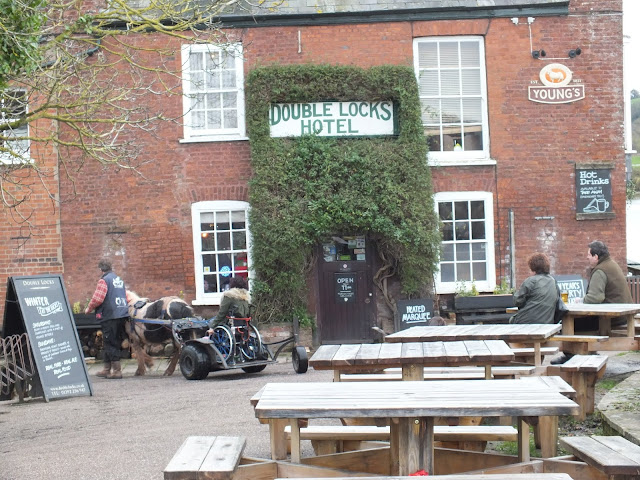 After a reviving drink, and before the Devon skies decided to chuick it down again, we set off for Exeter St. Thomas’s, but the nice route avoiding all the smelly cars. 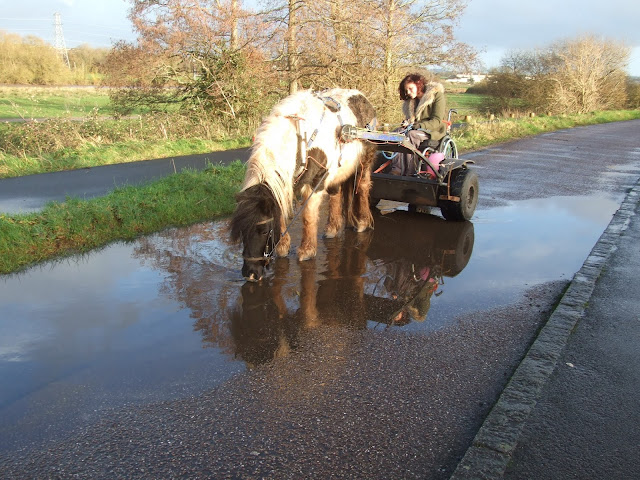 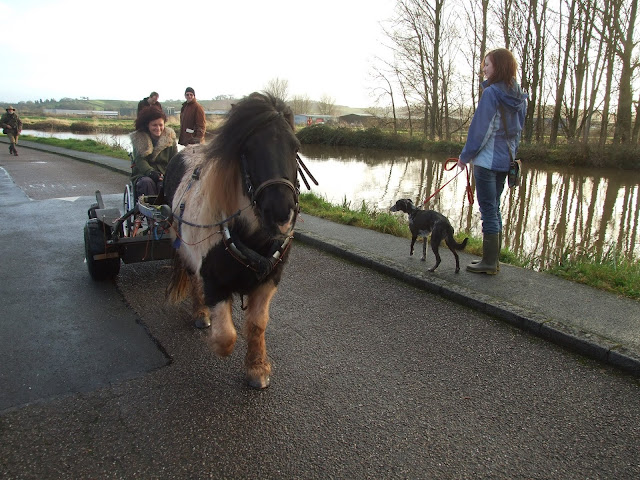 And back in attack mode. 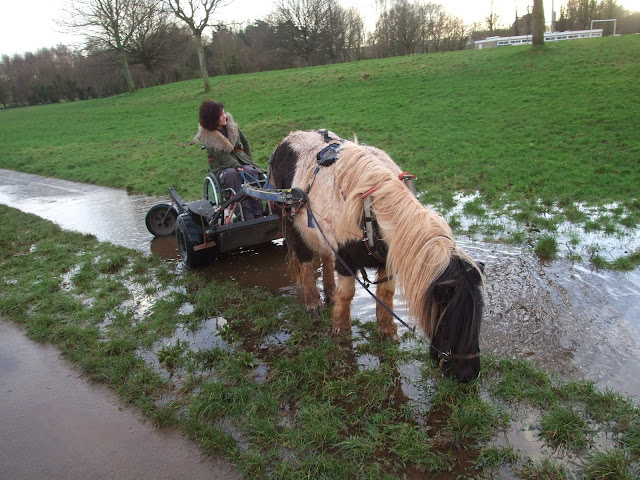 Just the weather for egrets. 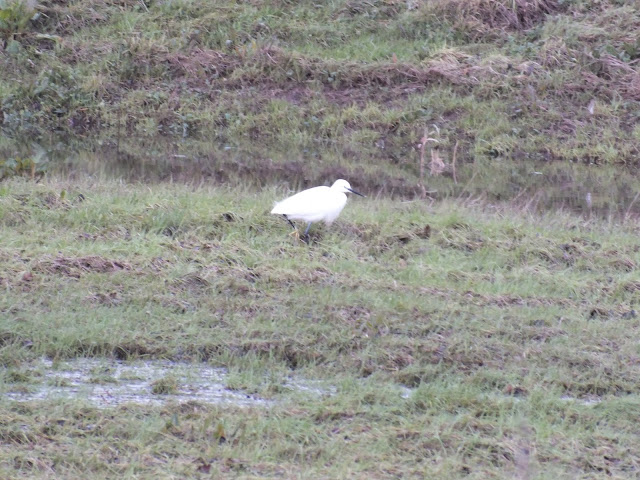 This one was hunting the flood relief channel as we went past. 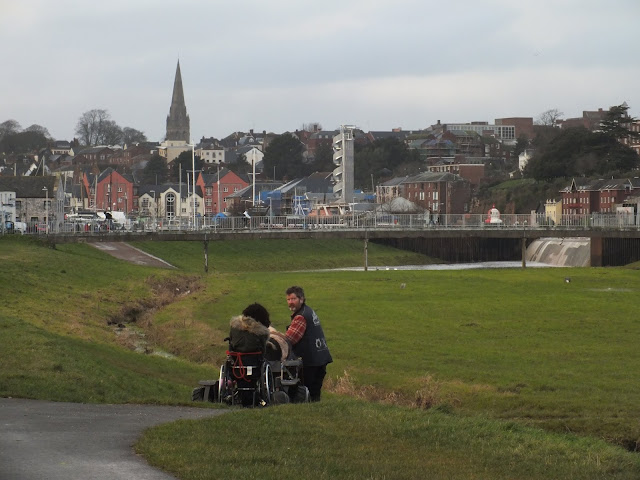 A good view of Exeter 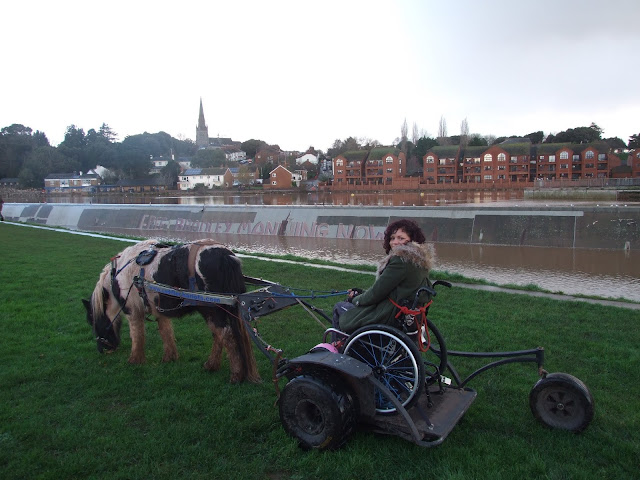 And some class graffiti. 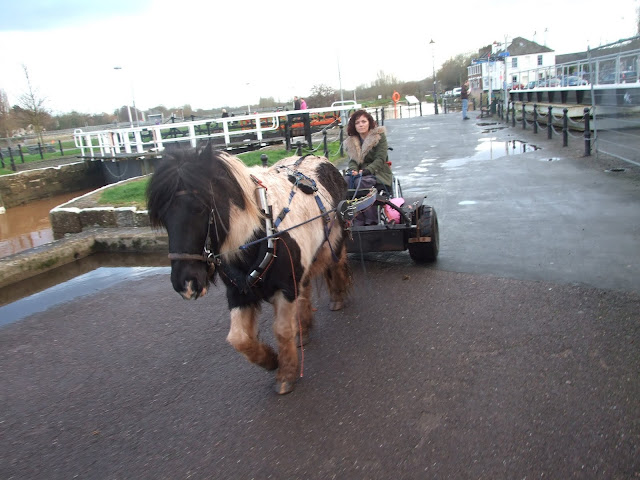 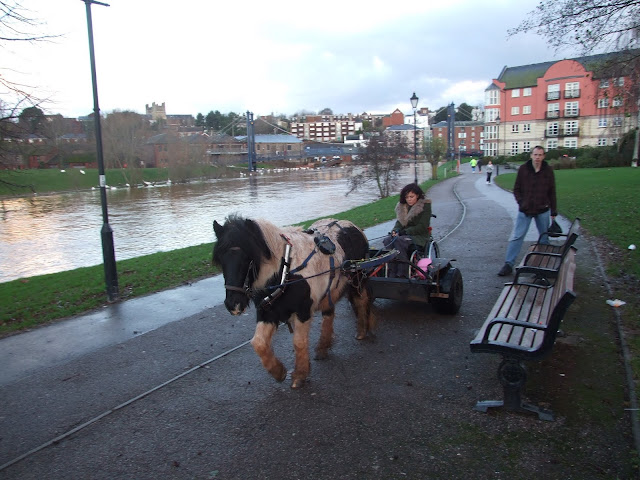 Along to the Two Bridges 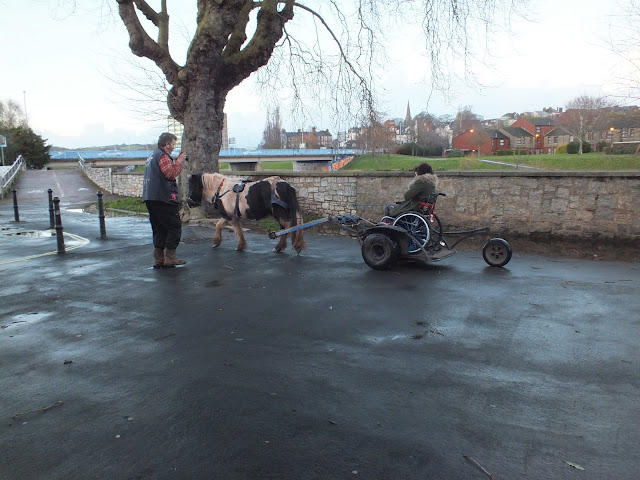 My usual route under the bridges is cut off by the flood water, so Bex pushes the instant release and has to go by road instead. A nice easy cruise round Exeter.  Over the next weeks we will explore all the other routes round Exeter, accessible with Pony Access.

Revolutionary, believes everyone can enjoy ponies, and nobody needs a whip to do so.
View all posts by saddlechariot →
This entry was posted in Uncategorized and tagged access, disability, Double Locks, egret, Exeter, iBex, pony, saddlechariot, wheeclchair. Bookmark the permalink.

1 Response to Obama and Bex cruising around town.