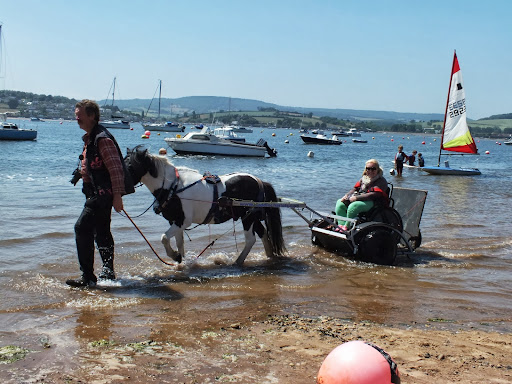 Pony Access won’t start a Pony Access for the Disabled. Pony Access includes everyone from the start. The iBex Saddelchariot, the vehicle central to Pony Access, was built not just to take wheelchairs which it does, but to take Christopher Reeve in an iron lung.

Sadly Christopher Reeve died before the iBex came close to completion, but the current iBex can take a driver in an iron lung, safely. 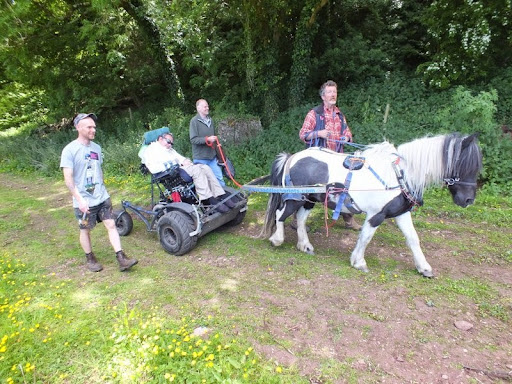 Safely is the buzz word.

It is danger that excludes. In a risk averse society, risky activities exclude, and the equestrian industry is one of the highest risk activities going. Riding supplies one fifth of their own Equestrian Paralympic Team,  11 eventers died in one 13 month period.

The risks aren’t just in top level competition. Riders can, and do, fall off from the moment they get on. An unpredictable moving animal underneath you, and gravity, make falls a frequent occurrence. Landing head first is regrettably common with the inevitable results. Helmets may stop broken skulls, but not broken necks. Pony Access removes these risks. 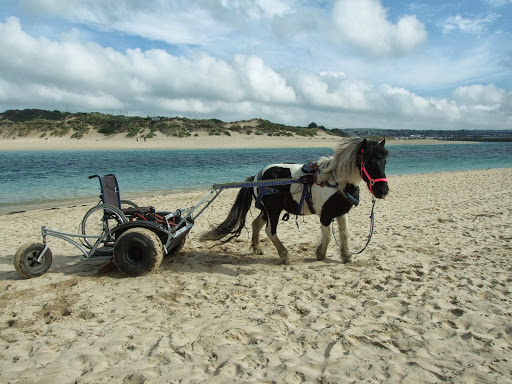 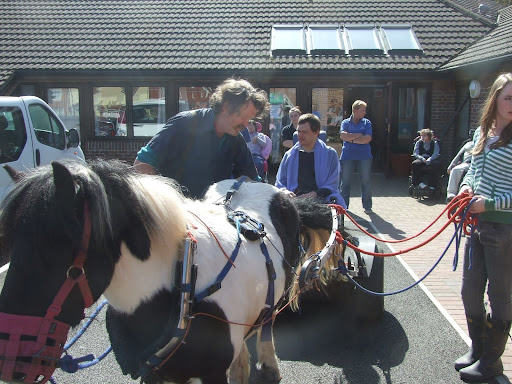 Pony powered all terrain access for anyone, anywhere. The iBex will go across anything, taking any wheelchair, and for those who don’t come with their own seat, Pony Access provides seating which can be tailored to the user.

Getting on is easy, the floor is 8″ above the ground, and the wheelchair ramp is integral. The photos show the terrain. Safe doesn’t mean boring. 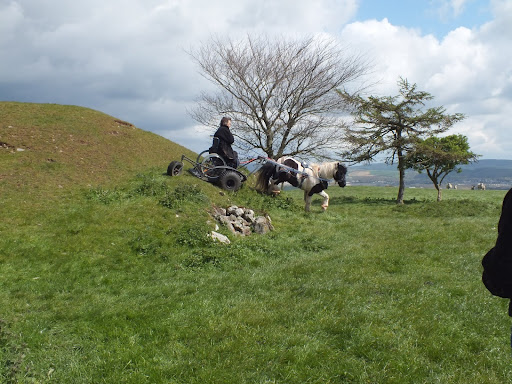 Everyone who liked ponies, could talk to them, stroke them and work with them. Having a pony in a paddock at the bottom of the garden was always exclusive, but access to ponies was part of normal life.

I took Henry, Obama’s predecessor to Birmingham and driving round the streets, I passed a school. The minute the children saw Henry they started screaming with joy. Eventually, the teachers asked me if I could take Henry away as the kids were not going to focus on education with a pony in sight. 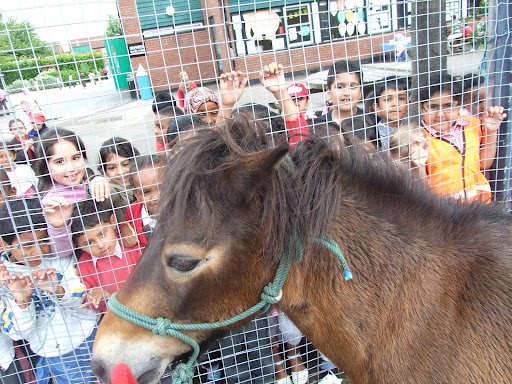 Pony Access wants ponies to be part of normal life for everyone.

If ponies are providing access for those with mobility issues, they will be part of everyday life for everyone. Ponies aren’t just rural and never were. You see white vans in rural areas, but towns is their natural habitat. Ponies went where there was work, and that means urban. 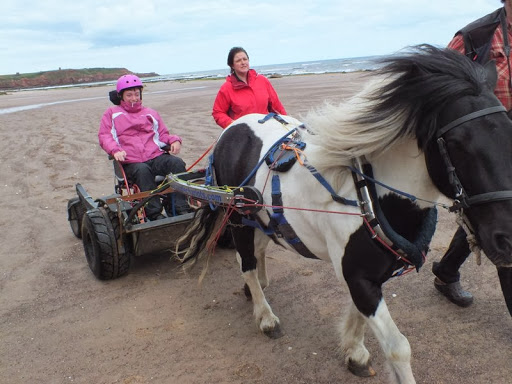