Temple Grandin does it again.

Temple Grandin has done it again. Just when I thought it was time to launch my training program, heavily based on Animals in Translation, some creep lends me Making Animals Happy, (originally published stateside as Animals Make People Human), and I have to do a complete rethink. 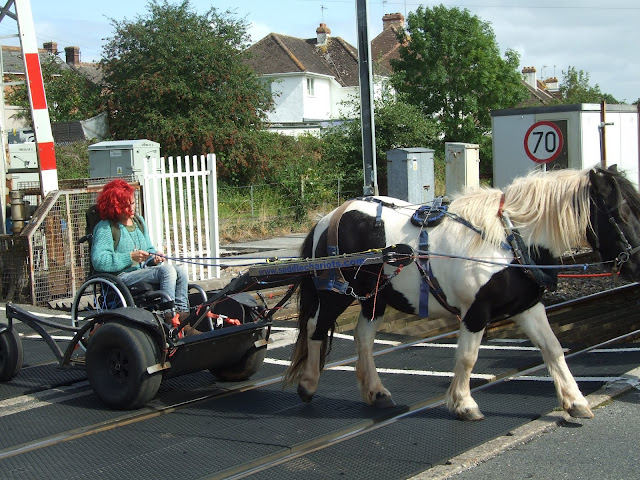 I haven’t got to change much of what I do, which as a matter of principle is as little as possible, but the reasons why I do what I do, have changed. And an awful lot of the complicated bullshit I had written can be safely ignored. I am back down to some very simple principles. To get ponies to do what you want there are certain simple rules.

First the don’ts. Don’t use weapons. Don’t use violence. Don’t deliberately frighten the animal. Pretty much anything else goes. It may not work, but that isn’t my problem. As long as you aren’t armed, aren’t using violence and deliberately frightening Obama, I can stand back and watch his reactions. Being Obama, he will probably do what you want really easily, just to annoy me. But that’s cool. 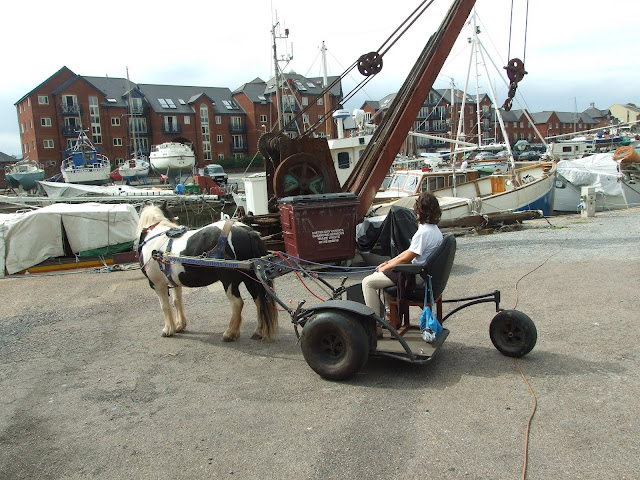 The positives in my training system are also pretty simple. Be nice and give loads of rewards. If your pony sees you as a nice person to be with, he won’t disappear into the distance. If you want him to go somewhere, lead him. 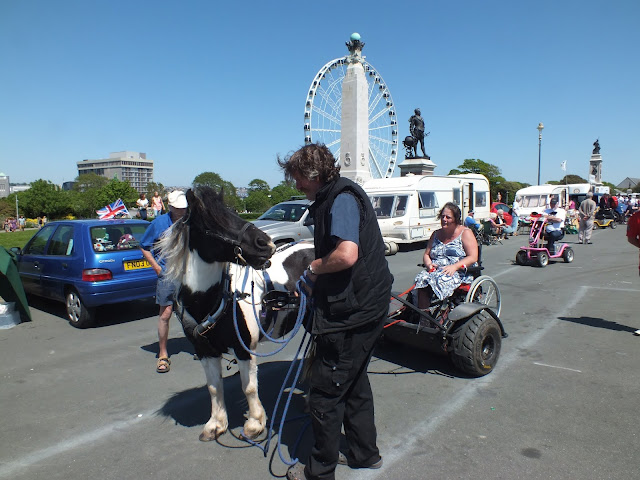 Now back to Grandin, and she introduces the concept of PANIC as separation anxiety, ie the emotion is the same and follows the same path in the brain as an animal that has lost its mother. Combine this with the new research on wolves which suggests the standard social group in the wild, is the 2.2 kids and a Volvo model of suburbia. On this basis the whole alpha male stuff becomes less relevant.

With Obama, when he is really scared, he wants someone he knows and trusts, close to him, and the closer you are to his head, shoulder area, the better. But this isn’t a positional thing, it is proximity based. The closer the better. This fits in with the PANIC / separation anxiety theory. As long as Obama is with someone he trusts, he may be scared, but he won’t PANIC because he isn’t on his own. The person can even be riding the pony and still provide the reassurance, as the rider can lean close and stroke and reassure the animal. If the person is kicking and using a whip and fighting with the bit, the animal is less likely to see the person as a parent, ideally the mother, and calm down. 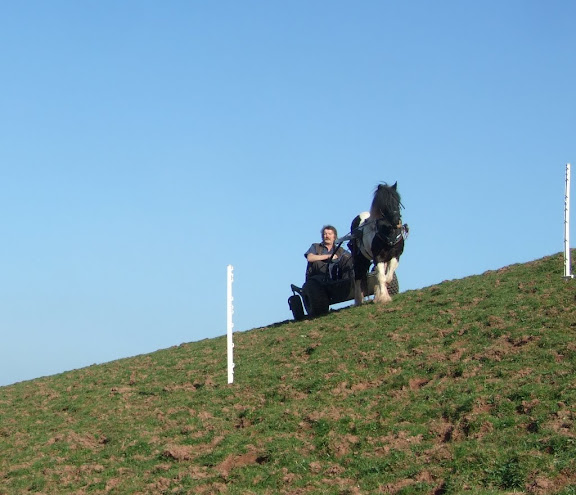 This comes back to a discussion with Nick Sanders where we basically agreed that most ponies count the legs, and wiggly ears, and decide people make pretty poor ponies, but we can be Gods. Excess body parts or weird biology don’t stop you being a supreme being.

You can lead without building a bond, because your sole role is to be lunch if wrong. But to stop PANIC, you need to be a substitute Mother, calm, omniscient, source of food and all good things, scratches and confidence. Persuading your pony that you are the Mother God isn’t that difficult. No need for stone tablets, lightning or earthquakes. An ability to produce parsnips, scratch the bits the pony can’t reach, stay calm, and show the pony that you care about his safety and happiness, is enough. Mother Godesses aren’t into all this alpha male dominance rubbish, a bit of love and the milk of human kindness (a rare commodity), is all that’s needed. 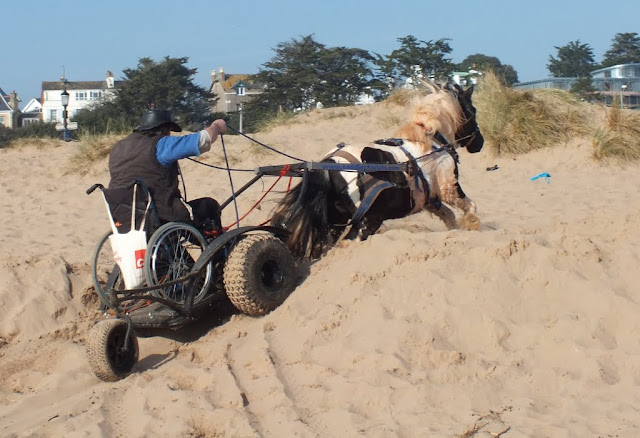 With these two techniques I will take Obama through city centres, work prototype agricultural machinery, provide all terrain disability access and blat around on the beach at high speed.