I not only Walk the Walk. I Trot the Trot, Canter the Canter and Gallop the bloody Gallop. Now I Talk the Talk which as a 1.2 metre high pony is rather more impressive than Walking the Walk. 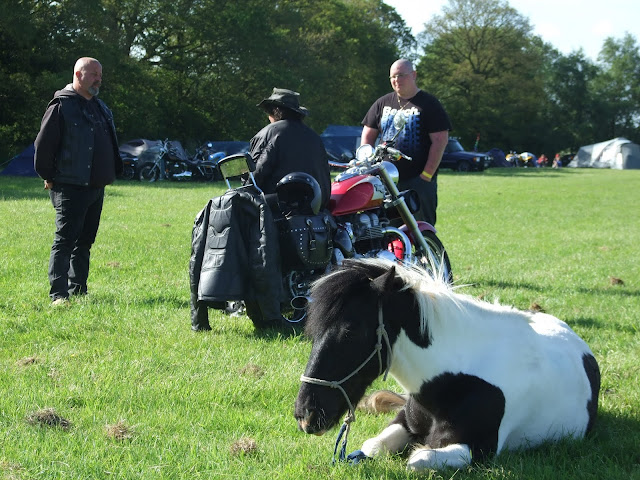 Black Beauty set the hell of a target with his Autobiography. 50 million copies sold, OK a lot of the credit must go to Anna Sewell who translated it from the equine, but the sheer height of the target has stopped us for 133 years. I haven’t got Black Beauty’s s skill, I haven’t got his collaborator but I have the hindsight. I can see the 133 years and the changes Beauty’s story has made to our lives, and more frighteningly the changes it HASN’T made to our lives

This isn’t an autobiography, it’s an essay on literature, on the rage that inspires great literature, on the rage that results from great literature being ignored, re-categorised as “children’s” literature, all with a bit of my story on the side. It’s all thanks to Wireless Broadband. I haven’t got an Anna Sewell, whose intelligence and empathy were unbelievably high for one of her species, I’ve got Simon Mulholland, in his own words, a serious fruitcake, and Wireless Broadband.

Wireless Broadband is magic, pure and simple. The air around you is full of knowledge, and you can pull out the bits you want, they can be pictures, words, ideas. I say it’s magic but humans apparently put it there, yet they can’t read it, or see it or hear it. Their computers can, and they can ask the computers how Wireless Broadband works, and the computers tell them humans made it work. And the humans believe them and are happy..

But I can hear it and see it without a computer. At first I was scared, especially as I was the only one in the field who could hear it. Then I started to read Black Beauty’s story, and I realised I had to write the bits Beauty had missed. But for this I need Simon. I need an account I can use to write. Searching is easy, reading what is up there is easy, but to get stuff up on that magic web, you need an account; you try opening one as a pony by thought transference.

At first I just hooked onto Simon’s account, then I realised it was easier to connect to him, and what passes as his brain, through Wireless broadband. I get a bit worried about him, he’s none too stable, (used in the human sense, rather than describing an equine prison cell) and suspects that he is losing his marbles. So I kid him that this is a post ironic literary device and he is in charge really. Since most people’s brains shut down the minute you use the phrase “post ironic literary device”, I can get away with writing pretty much what I like, aided by the weird fact that Simon hates reading anything he has written.

So every so often I will mention post ironic literary devices, or the use of the subjunctive, or almost any literary term, and his brain will shut down until I want him awake and I will mention something interesting

“Sex.” You see, that woke him up and we can start on an early and frequent human criticism of my forbear’s work, that Black Beauty describes himself as a colt, but he would have been a gelding. They cut my balls off as well. What do they want me to do? Celebrate. Go round saying, they cut my balls off. Look here I am, and there’s my balls, over there, in the bin.

Look at human news stories today, and they can’t resist asking really fatuous questions of people at the moment they are least likely to want to answer. Poor old Duchess would have had half a dozen microphones up her nostrils and a camera focused on her face, desperate to get the first hint of a tear as they blew her son, Rob Roy’s, brains out in front of her. How do you feel, Duchess? Will you miss him? What do you think of his rider?

Simon sometimes says that Natural Horsemanship can’t work with geldings because there’s no natural behaviour pattern for a gelding. He’s wrong, there is. You find the bastard that did it to you and you rip his balls off in return. You can’t get more natural than that.

Those of you who are really perceptive will have noticed this isn’t suitable reading for foals of either species. Beauty never wrote his story for kids, he did it to get a message across, not to kids, who at least in theory do what adults tell them, but the way the foals today behave…………

No Black Beauty’s autobiography was a weird mix of advice to humans,and a tale of suffering, servitude, slavery. Slavery, that is a tough and brutal word, but the names Beauty chose to write under, Darkie and Black Beauty say a lot about Beauty’s relationship with his translator.

Anna Sewell had been brought up on a diet of improving literature, much of it anti slavery. There was a fair amount about the demon drink, but I don’t have much first hand experience of booze. Simon doesn’t drink alcohol, apparently he used to shift pretty industrial quantities but he doesn’t now, but unusually for an ex drinker, he doesn’t seem to fuss whether others do, and we end up in enough pub car parks, where on the whole I find the people friendly, and the peanuts delicious.

But I started reading Uncle Tom’s Cabin simultaneously with Beauty’s story, and the parallels are scary. Eliza and Tom, Beauty and Ginger are people, but not to most of the people who feature in the books. Black Beauty, the book, was originally marketed in the US as “Uncle Tom’s Cabin for Horses”. So they call it a children’s book so they can ignore it. Just like Gulliver’s Travels. I don’t understand all of it, but the end is beautiful, one day I will find Houyhnhnm Land.

I have read quite a bit, Animal Farm, though I prefer Road to Wigan Pier but I hate the reference to savage pit ponies. Like Dorothy L Sayers casual racism, ( and Dorothy L will feature again) it adds nothing to the story and casts an unpleasant light on Orwell’s and Sayer’s character.

This is beginning to sound more and more like Fear and Loathing, yes “A savage journey to the heart of the equestrian dream.” I see myself as the Gonzo character but I won’t be driving the red shark, I’ll be pulling the iBex, Simon makes a passable Samoan attorney and Wireless Broadband gives access to the insane visions traditionally produced by blotters of acid, Acapulco Gold , Tequila and mescaline. Brace yourselves, this is going to be a fast and furious ride, with visions of hell on all sides, and quite possibly at the end of the journey, but with a faint hint that life could be good and fair, and kind.

Beauty thought it could, not just for him, but for all horses and ponies. Reading Uncle Tom’s Cabin, even ponies have to hope that humans can try being humane to humans. But I am fighting for them to be humane to us. Beauty’s book is remembered by everyone, till they get near a horse, and then they get out the bit, get out the whip, tie up the mouth, nail on the shoes, blind us with blinkers, kick our ribs, put pressure on the reins and they’re having fun.

Try reading the damn book. Black Beauty hated bits, he loathed whips, thought blinkers were a dangerous fashion accessory, despised hunting, hated shoes, bearing reins, cruppers and all the pointless cruelty inflicted on us horses in 1877. So what has changed? You tell me. I’m only a pony. You’re meant to be the clever ones.

This is back to school time for you. Reread the book and I will be keeping pace with you, showing you what Black Beauty said, and why it still matters.

2 Responses to Obama on Black Beauty.