Posted on December 25, 2012 by saddlechariot

You need the right sort of friends as Obama’s table manners leave a lot to be desired. In addition, it isn’t easy to share a meal with Obama. Watching him eat the lot, or tip your plate on the floor in an attempt to eat the lot, is easy. Sharing requires determination. 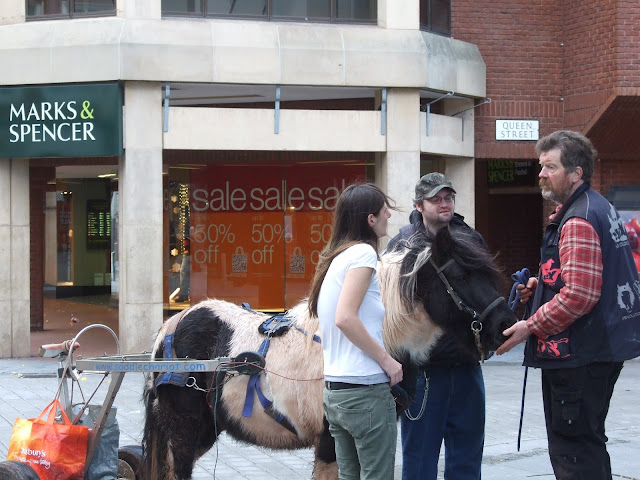 Luckily Sakeenah from BookCycle invited Obama to help deliver some books to the Occupy Exeter Christmas party for those who hadn’t a more conventional dinner to go to. The table was laid outside Tesco in Exeter High Street, and a random and fluid assortment of guests assembled.

Obama was chatting to guests 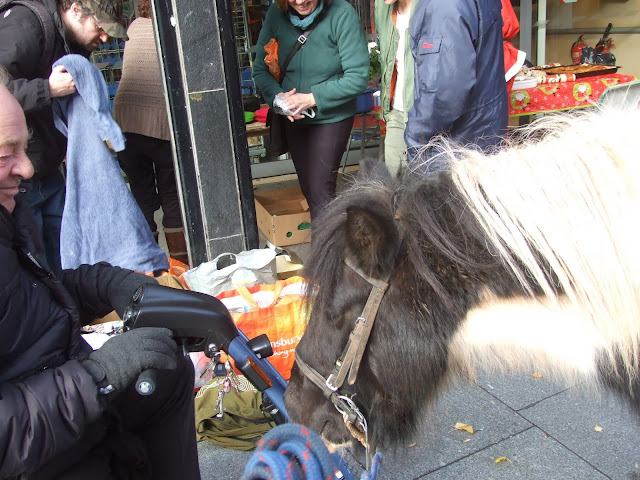 and joined in the family photos 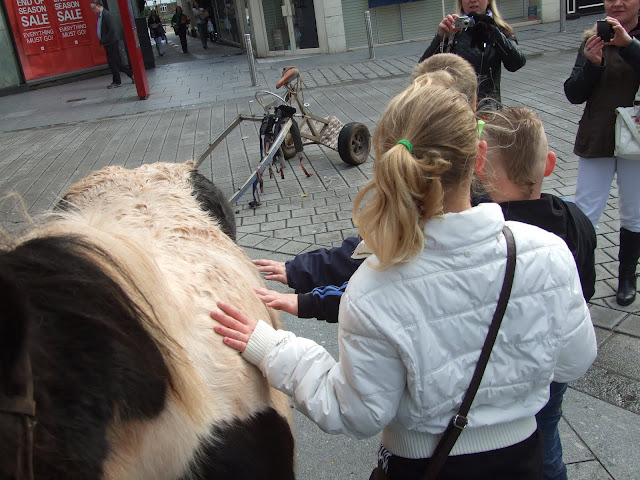 and checked out the presents 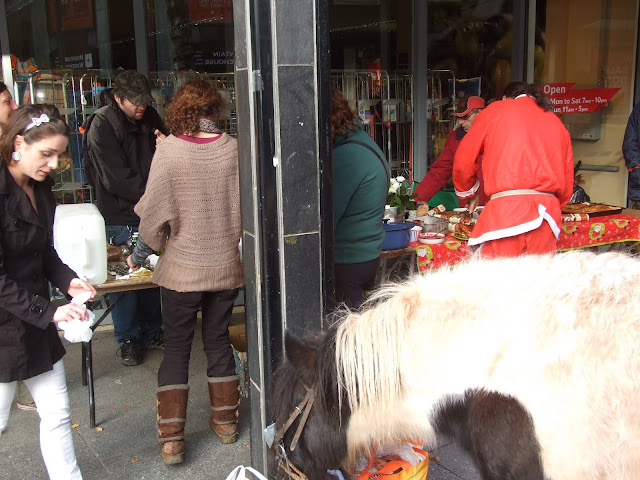 and kept an eye on life in general. 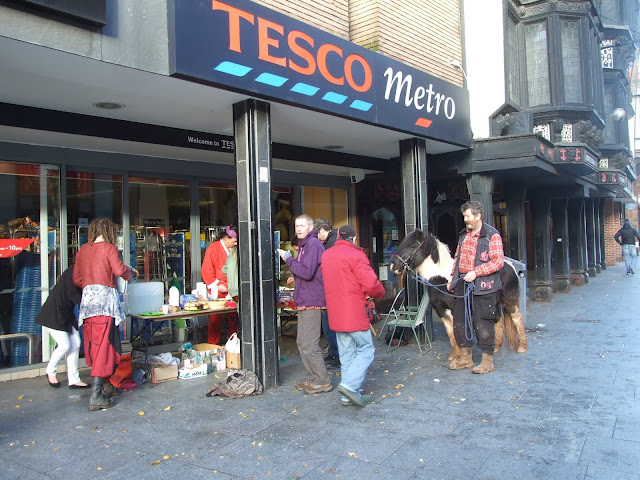 There aren’t any shots of Obama and I sharing lunch because it was too embarrassing.  He nicked both chipolatas, all the parsnips, too much of the turkey, most of the stuffing and a couple of roast potatoes. He then polished off all the vegetable stilton  bake which he had slobbered over and spilled on the floor.

But Pony Access is all about bringing ponies back into the community so I will just have to get used to his table manners. He behaved pretty well for Father Christmas 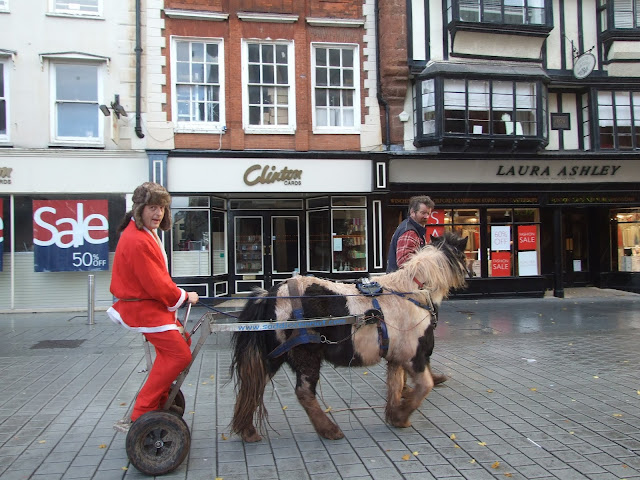 Obama still finds City Centres stressful. It clearly isn’t the traffic, because there was almost none. I feel it is the echo, and the feel of being surrounded. To a mustang this would be a box canyon, an obvious threat. So we’ll be back in town again tomorrow to get people and ponies together again. 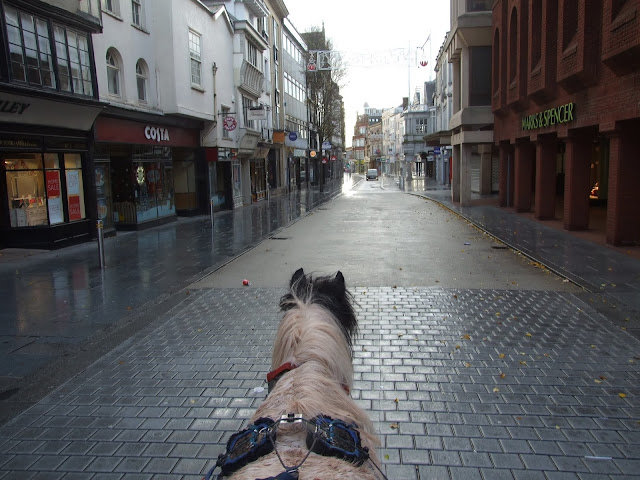 Revolutionary, believes everyone can enjoy ponies, and nobody needs a whip to do so.
View all posts by saddlechariot →
This entry was posted in Uncategorized and tagged disabled, Obama, pony, pony access, saddlechariot, wheelchair. Bookmark the permalink.